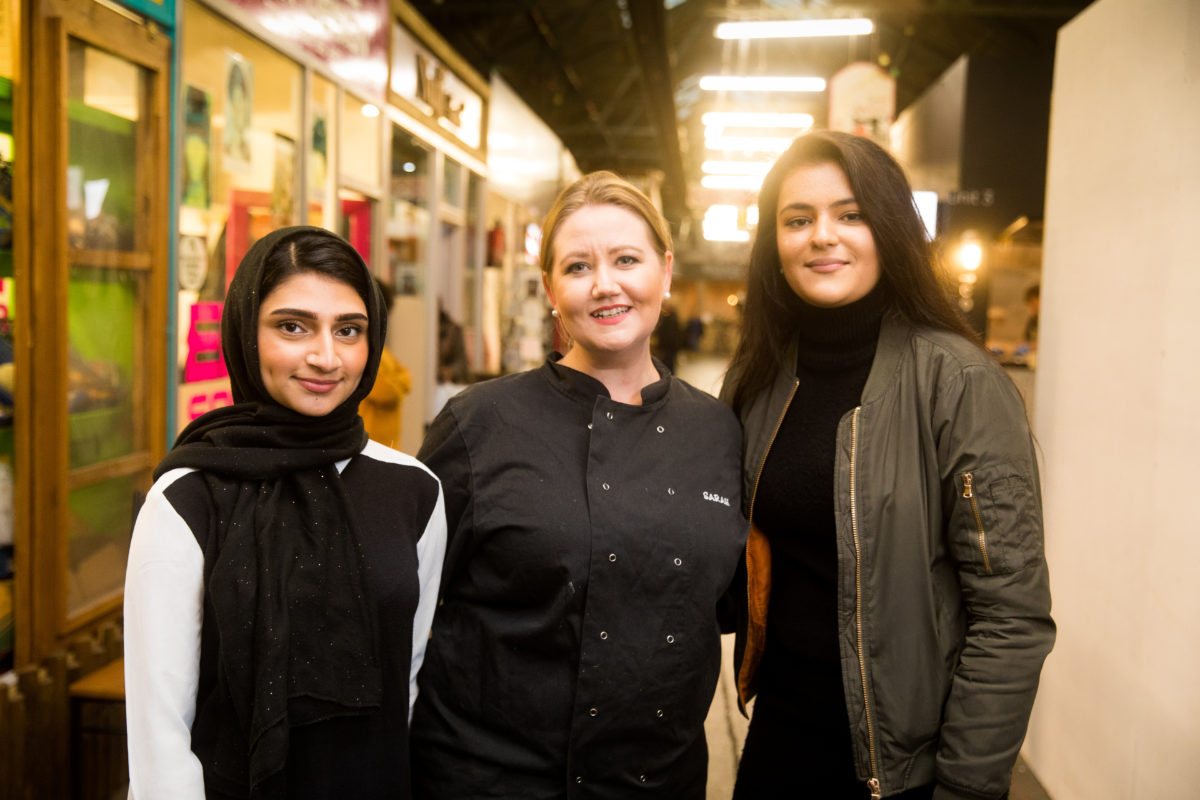 The Burntwood School students’ taco business was celebrated in Tooting Market at an event hosted by Unwined in Tooting.

The first-ever inter-school Tooting Street Food challenge was launched in June by the council’s Lifelong Learning team, who chose Tooting because it has become one of London’s top foodie destinations. The winners were chosen last month.

Part of the prize was to launch the winning food product at the market. The celebratory event was attended by the Deputy Mayor of Wandsworth Cllr Jane Cooper, high profile hospitality professionals, other young people who had competed n the competition and local business representatives, including Wandsworth Chamber of Commerce.

Donia and Kaafiya were mentored by local chef Sarah Kettel. Donia said: “Everything about the competition has been fantastic. We couldn’t have done it without our mentor, Sarah, who is amazing! Kaafiya and I have put so much hard work into this but we now need to get down to some serious studying and preparation for our A levels next May. After that we are going to return to our business idea. This is just the start of Panda Tacos!”

The council’s spokesman for employment and skills Rory O’Broin said: “This event was a chance to celebrate the students’ hard work, innovative ideas and, of course, delicious food. I’m looking forward to next year’s Tooting Streetfood Challenge, which is a great way to give talented young people insight and experience in running a food business.”

Wandsworth Lifelong learning, which runs this and other projects through Pan Out, is already planning next year’s Tooting Street Food Challenge.

For more information about Pan Out and other projects supporting young people into employment visit the Wandsworth Lifelong Learning website: www.wandsworthlifelonglearning.org.uk