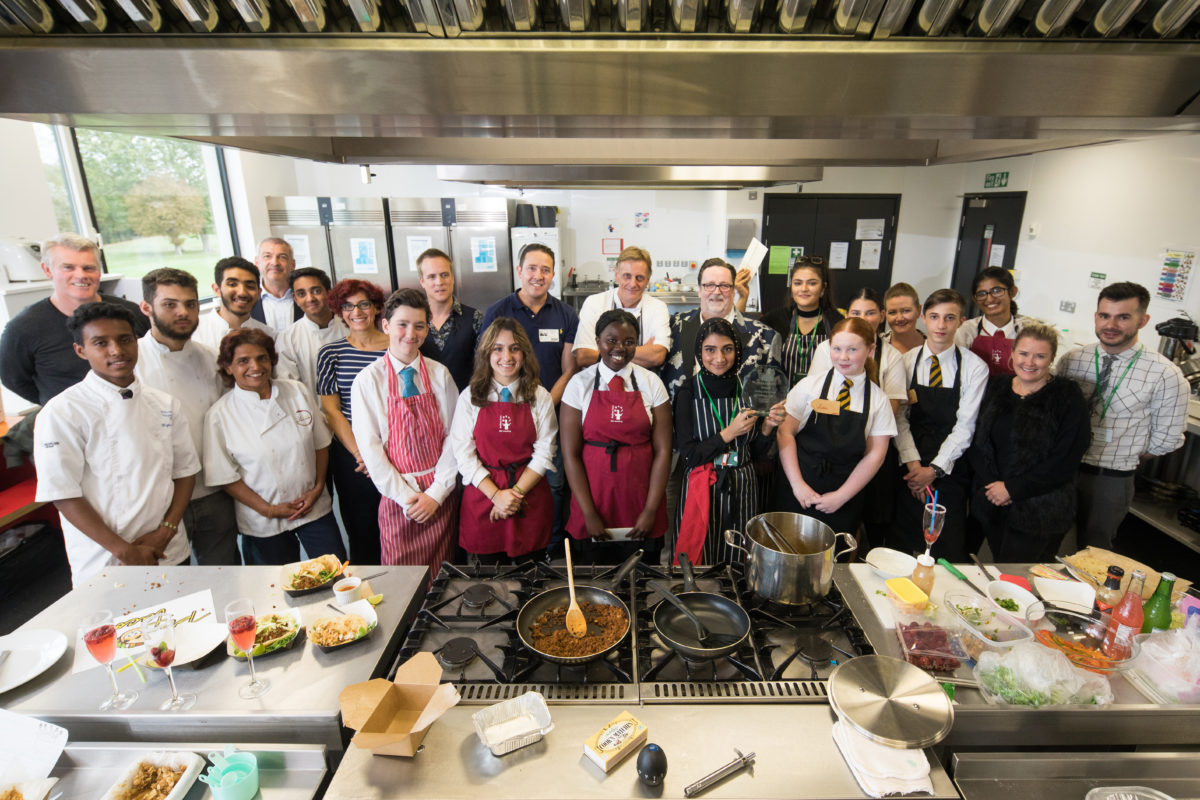 Two students from Burntwood School have won the very first Tooting Streetfood Challenge and will get a chance to launch their taco business at Tooting Market.

The Tooting Street Food challenge was launched in June by the council’s Lifelong Learning team, who chose Tooting because it has become one of London’s top foodie destinations.

It has offered young people a unique opportunity to develop a business idea and put their entrepreneurial skills into practice. Teams from Burntwood School, Chestnut Grove Academy, Ernest Bevin College, Nightingale Academy and Southfields Academy, received coaching and mentoring from professionals in the hospitality industry.

Wednesday night’s fiercely-contested final was judged by Tooting Market manager Roi Mengelgrein and professional London-based chefs Richard Sawyer (Maddison’s on Broadway) and Sebastian Ryder (Purple Dragon). The judges were impressed with the high quality of food and thought given to branding and developing a new food product.

The winning team won £250 of High Street vouchers and a glass trophy, plus most importantly the opportunity to launch their product from Unwined, Tooting Market, at a celebratory event on October 30.

The council’s spokesman for employment and skills Rory O’Broin said: “Congratulations to Kaafiya and Donia, who will be joining a long list of excellent food and drink businesses in Tooting. This competition was a great way to develop the skills of talented young food entrepreneurs and help them learn what it takes to succeed in this thriving business sector.”

The project is coordinated by the Lifelong Learning team and consultancy firm Rinova, and is the latest idea to come out of Pan Out – an EU-funded project aimed at promoting careers in the hospitality industry. In Wandswsorth employers are working with schools on 18 pilot Pan Out projects. Lifelong Learning also runs the Wandsworth Young Chef competition to help young people get a foothold in the catering industry.’ The council’s Lifelong Learning team will continue to develop the initiative with project partners Rinova and Learn Train Recruit.

For more information about Pan Out and other projects supporting young people into employment visit the Wandsworth Lifelong Learning website.